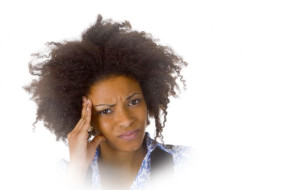 PMS is a condition that consists of a series of symptoms that affects nearly 85% of menstruating women. The American College of Obstetrics and Gynecology defines PMS as: “The cyclic occurrence of symptoms that are sufficiently severe to interfere with some aspects of life, and that appear with consistent and predictable relationship to the menses”.

Signs of PMS start to show between one to two weeks prior to the first day of the menstrual cycle and may include one or more of the following symptoms:

The Cause of PMS and its Diagnosis

The cause of PMS is not clearly understood. various hypotheses have been proposed including the role of hormones, depression, and other effective disorders that seem to contribute to its symptoms.

Currently there is no method or test to diagnose PMS. The diagnosis is clinical and based on history, and timing of the symptoms. Doctors may order various blood or imaging tests to rule out other illnesses. A complete thyroid panel test may be order to rule out thyroid dysfunction when symptoms such as weight gain, depression, and fatigue are present.

In the absence of deficiencies of the thyroid, or adrenal glands, PMS patients are asked to keep a record of their menstruation for two or three cycles to establish a pattern of the symptoms in order to give a solid diagnosis of PMS.

PMS can be treated in a number of ways depending on the nature and severity of the symptoms. For example, some women experience relief by exercising. Some women find relief through nutrition, abstaining or reducing caffeine intake, moderate use of sweets or salts. Yoga and tai chi seem to lessen PMS symptoms through release of endorphins. When symptoms of depression are severe the use of SSRI drugs (selective serotonin reuptake inhibitor) (SSRI) drugs such as Prozac, sertraline (Zoloft), and paroxetine (Paxil) have been shown to be effective in relieving many of the symptoms of PMS

Each woman is different and only with time and experimentation can individual solution be found. Some formulas of Chinese herbal medicine have shown, both, in randomized studies and in clinical practice, to be effective in treating PMS. More on this later.

Chinese medicine offers an effective approach for the treatment of PMS and will be the subject of a future article..