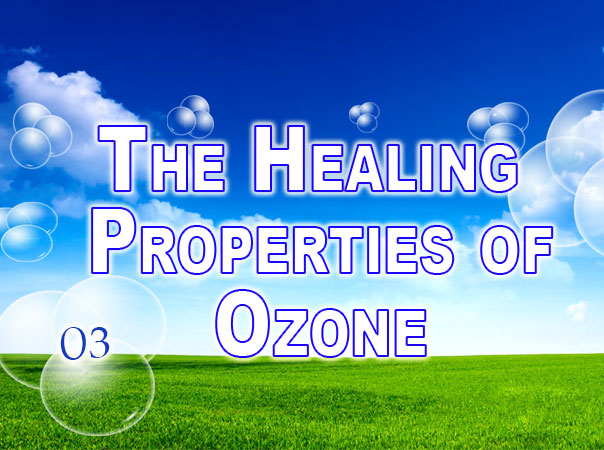 Have you noticed the aroma in the air after a thunderstorm? If so, then you’ve smelled ozone. In fact, the word “ozone” was coined by the German chemist Christian Friedrich Schönbein who discovered ozone around 1816 while experimenting in his lab using direct current (electrolysis) on water and noticed an odor which he called “ozein”, from the Greek word meaning “to smell”.1https://en.wikipedia.org/wiki/Christian_Friedrich_Schönbein

In the lab, the electrical charge from the direct current breaks apart  the two atoms that makes up oxygen molecule or O2. Oxygen atoms are very unstable and seek to be paired with another atom. During this bonding, some single atoms attach to an already stable oxygen molecule (remember that an oxygen molecule is made up of two oxygen atoms) and it becomes ozone, or O3. This is what happens in nature during a thunderstorm. Lighting strikes oxygen molecules breaking them apart and during reassembling many become O3 and that’s what we smell.

Ozone is also found high up in the atmosphere and starts somewhere between 6 to 10 miles above the earth’s surface and extends around 30 miles into the stratosphere2http://www.ozonelayer.noaa.gov/science/basics.htm.  As in the lab where electrical current breaks apart the oxygen molecules, the ultraviolet rays of the sun separates the oxygen molecules and creates the protective ozone layer or O3. There would be no life on earth without the ozone layer.

The earliest records of ozone’s use in the medical setting dates back to the early 1800 shortly after its discovery by Schönbein when the gas was found useful as a disinfectant and sterilizer of surgical instruments3Chemical Technology Encyclopedia; Barnes & Noble 1968 vol 1 pp 82–3. Around 1893 ozone was introduced as a water purifier in Oudshoorn, Netherlands. 4Suchkov BP -June 1964-. “[Study of the Ozonization of Drinking Water Containing Pathogenic Bacteria and Viruses]”. 29: 22–9. PMID 14235449.

Fifteen years later the first municipal ozone plant for drinking water was established in Nice, France.5http://www.biozone.com/ozone_history_timeline.html Since then more than 3,000 installations of municipal water plants have been built worldwide including cities such as Paris, Moscow, and London amongst others. In the United States at least 400 of these plants provide ozonated water to cities such as Orlando, Los Angeles, New York City, Atlanta and Boston to name a few.6http://www.wcponline.com/2001/10/15/brief-history-role-ozone-water-bottling/ Sadly, around 1914, research into poisonous gas leads to the development of cheaper chlorine gas and its use leads to a decline of ozone in water purification.7https://www.lenntech.com/library/ozone/history/ozone-history.htm

During the First World War, ozone was used to treat gangrene.8Bocci V. Ozone as Janus: this controversial gas can be either toxic or medically useful. Mediators of Inflammation2004;13(1):3–11.  In 1931 and 1944 the Noble Prize in Medicine was awarded to Dr. Otto Warburg, a German scientist for his theories of the basic cause of cancer and the preventive measures that ozone therapy could offer, and prior to that in 1870 Dr. C. Lender of Germany reported the first use of ozone being used to purify blood. 9http://www.silvermedicine.org/ozone-story-history.html

The first American therapeutic use of ozone was by Dr. John H. Kellogg in ozone steam saunas at his Battle Creek, Michigan sanitarium during the 1880’s . He used ozone steam baths to treat his patients who suffered with diptheria and wrote about it in his book : Diptheria: Its Nature, Causes, Prevention and Treatment.

The National Institute of Health has an article that you may find interesting: Ozone therapy: A clinical review

Since its discovery, over a century ago, ozone as a therapeutic agent has waned in popularity partly due to the development of pharmaceuticals targeting specific conditions. For example, ozone and iodine were used to treat bacterial infections prior to the discovery of penicillin in 1928. Another factor is the half-life of gas. Being a very unstable compound with a very short half life, meaning that once created it quickly breaks apart back into oxygen depending on room temperature,  makes the substance not suitable for packaging. You can’t make a pure ozone pill. Thus, ozone, when used in the clinical setting, needs to be generated from oxygen a few minutes before administration. Another reason, and perhaps the main cause for its decline in popularity, at least here in America, is that ozone cannot be patented. Big pharma cannot profit from it.

Ozone in The Clinic- Prolozone®

Today the use of ozone for therapeutic purposes has been revived thanks to the work of Dr. Frank Shallenberger who  in Germany trained in the use of ozone in medicine and after witnessing the healing effects of the gas, decided to bring the techniques he learned to his patients in the United States. He coined the term Prolozone® by combining the word “proli” which means to proliferate, regenerate or re-build in Latin, with the word ozone. Readers may be familiar with the term Prolotherapy10https://en.wikipedia.org/wiki/Prolotherapy, which in some ways, its mode of action is similar to that of Prolozone with the exception that the latter does not produce inflammation.

Here in Florida, where I practice, the use of Prolozone® in the clinic is termed “Acupoint Injection Therapy with Ozone Sterilization”. We use the same Prolozone® techniques and protocols used and taught by Dr. Frank Shallenberger to Kathy R. Stahlman, LAC in his Anti-aging Clinic in Nevada. The board of Acupuncture in Florida gave approval to Dr. Stahlman to teach Dr. Shallenberger’s methods.

The application or use of Prolozone® in therapy is a two step process: After an assessment or diagnosis to see if the method is suitable for the condition treated, the patient is informed of  all possible side effects or complications that may arise from the procedure (this is a common practice in all clinical settings). Anatomical landmarks are identified and the area is to be injected is prepared using aseptic techniques. 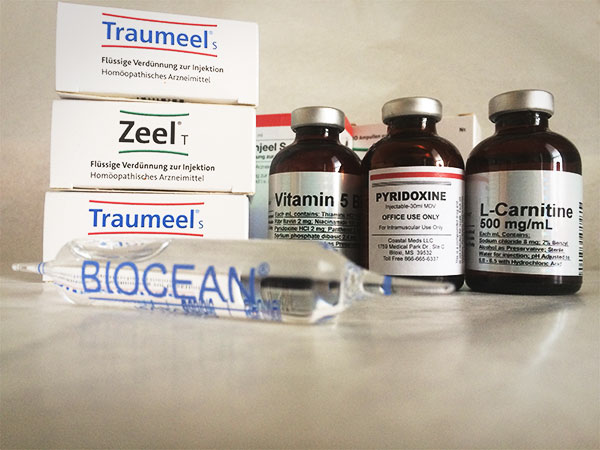 A syringe is prepared with homeopathic remedies as well as key vitamins such as B-complex. The area is injected with this solution and immediately followed with an injection of ozone at the appropriate concentration and volume for the acupoint area being treated. The effects are often immediate or shortly after the administration. Depending on the severity and chronicity of the condition, follow up sessions can be two to three weeks apart.

An added benefit of Prolozone® is that it can be used as often as needed without the complications that arise with substances such as cortisone injections which can only be given a limited amount of time before negative side effects appear. Furthermore, ozone is a powerful sterilizer and disinfectant – its use in therapy leads to infection free procedures.

How Ozone is Made in The Clinic

To make ozone two main components are needed. First, a source of oxygen. In our clinic we use medical grade oxygen. The amount of oxygen being delivered is regulated through the oxygen regulator on top of the cylinder.

Second, you need an ozone generator. The generator has the settings for the concentration of ozone measured in micrograms per milliliter or gammas11https://www.austinozone.com/education/administration-of-medical-ozone/

The ozone generator creates  ozone by splitting oxygen molecules by way of a spark. As the atoms reassemble back into oxygen molecules some of the single free oxygen atoms attach to the paired molecules (O2) creating ozone (O3). The levels of ozone yielded are determined by the amount of oxygen delivered from the cylinder and the strength and frequency of the spark. A fascinating process.

Ozone can be administered in various ways depending on the condition being treated.