Many strategies have been developed to combat the effect of pathogens on our health by modern pharmaceutical companies and by folk medicine. In this article, I will focus on the use of Medical Ozone (O3) as a prophylactic and supportive treatment strategy for respiratory infections

Pathogens find their way into the human body by way of the mouth, nose, ears, urogenital orifices, and through damaged skin from bites or wounds1https://www.ncbi.nlm.nih.gov/books/NBK209710/. All of these openings to the outside world have protective mechanisms in place. However, when these natural barriers become defective, or when the pathogen is able to bypass our innate defense boundaries, or has developed its own “immunity” such as in the case of antibiotics resistance, the outcome is illness by way of infection often leading to a battle between our white blood cells and the pathogen with symptoms varying in severity depending on the strength and integrity of the host’s immune system.

Since our very existence on this planet depends on our interaction between the outside world and our internal system by way of the orifices mentioned above, the mouth to eat, nose to breathe and so on, it is no wonder that we become vulnerable to attack from the microscopic organisms that inhabit the outside world, which are in the vicinity of around ∼1,400 known species of human pathogens (including viruses, bacteria, fungi, protozoa and helminths). 2https://www.nature.com/articles/nrmicro2644

Many strategies have been developed to combat the effect of pathogens on our health by modern pharmaceutical companies and by folk medicine. In this article, I will focus on the use of Medical Ozone (O3) as a prophylactic and supportive treatment strategy for respiratory infections, and how we implement its use in our St. Augustine clinic. To learn more about what Ozone is, I’ve written an article here.

To add some clarity about ozone, let me differentiate between ozone found in the lower atmosphere (ground level), the ozone found in the stratosphere which begins about 6–10 miles above Earth’s surface and extends up to about 31 miles altitude3https://csl.noaa.gov/assessments/ozone/2010/twentyquestions/Q1.pdf, and the ozone used in the clinical setting.

The ozone found in the stratosphere is pure ozone made up of 3 atoms of oxygen, thus O3. It is really the oxygen that we breathe O2 (along with the other gases such as nitrogen in overall lower concentration), with an extra oxygen atom attached to it through a specific type of bond. The extra oxygen atom comes from a reaction of breathable oxygen, O2 (two atoms of oxygen also known as molecular oxygen) with the ultraviolet light from the sun which splits the O2 into separate oxygen atoms (atomic oxygen). Oxygen atoms do not like to be alone. They seek to create a bond with other oxygen atoms and in the process of regrouping, a trio of oxygen atoms is often composed. This trio is O3, or ozone, and is normally addressed as the ozone layer, which is a very important “shield” that protects us from harmful ultraviolet rays (UV radiation) from the sun.4https://www.epa.gov/ozone-pollution-and-your-patients-health/what-ozone 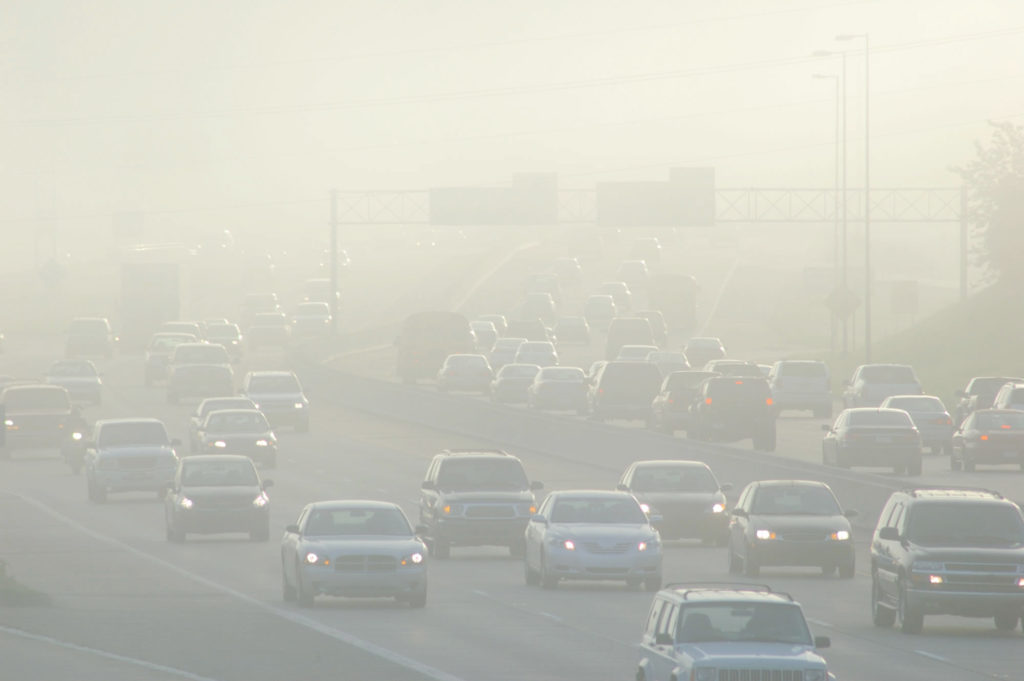 Back to ground level. The ozone that we read about as being harmful, toxic, deadly, cancer causing, etc., is not the same ozone as found at high altitudes nor the same ozone we use in the clinic for therapeutic reasons. Instead, it is a soup of harmful elements that swim in a pool of ozone that is collectively known as “smog”.

In a poorly and not well researched article, The American Lung Association, equates ozone with smog. Here’s their definition of ozone:

“Ozone (also called smog) is one of the most dangerous and widespread pollutants in the U.S.”5https://www.lung.org/clean-air/outdoors/what-makes-air-unhealthy/ozone

First of all, ozone is not also called “smog”. It is like saying that sewer is also called water. Yes, there’s water in sewer. But sewer is not synonymous to drinking water, nor water from rain or the water with which you shower and brush your teeth everyday. Neither is ozone analogous to “smog”.

Yes, there’s is ozone in smog, just like there’s water in sewer, and in our blood or the soup of the day at your local restaurant. But they are not one and the same. Smog is the byproduct of sunlight reaction with waste gasses such as Nitrogen oxide that come from car exhaust, and volatile organic compound (VOC) from gasoline, paints, and many cleaning solvents as they mix with the low levels of ozone found at the atmosphere’s ground level.6https://www.nationalgeographic.org/encyclopedia/smog/

As per the Merriam-Webster’s definition of insufflation, ozone, being a gas, is delivered into body cavities through various means. However, before we go into describing the methods for introducing O3 into the body, regardless of orifice, proper and safe steps must be observed. Ozone, in itself, can be very harsh and toxic if delivered in its natural state which consists of 3 oxygen atoms bound to each other. So breathing pure ozone is not advisable and strongly discouraged. However, there are methods for safe delivery of therapeutic ozone into the body, and here I’ll discuss one of several popular methods for ozone administration, Nasal Insufflation. But first, let’s take a look at the basic chemical reactions of ozone with unsaturated compounds such as rubber, waxes, and oils..

As you may recall the suffix “lysis”  refers to decomposition, breakdown, separate, disintegration of something. We are familiar with terms such as analysis, dialysis, hydrolysis – the first meaning the examination of the individual components of something, like the breaking down of a president’s speech. While the second is a procedure used in late stages of chronic kidney disease, for the separation of waste toxins from the blood of the patient. And the third, the use of water for the chemical breakdown or cleavage of a molecule.

So ozonolysis is the breakdown of unsaturated compounds such as waxes, rubbers, or oils with ozone. The byproduct of these reactions are called ozonides. Naturally, not all ozonides are created equal and no doubt some would be toxic such as ozonides from rubber, for example. It is the ozonides from food grade unsaturated oils that are of interest to us in the clinical setting.

The ozonated derivative from ozonolysis of olive oil, is a 1,2,4-trioxolane compound. – a molecule that is much more stable than ozone. In this chemical reaction the highly unstable 3 oxygen atoms of ozone, are separated into one oxygen molecule (O2) bonded to one portion of the remnant of the oil’s fatty acid with the remaining third atom bonded to a different portion. Thus, the final product does not have ozone in its pristine state and thus totally safe to inhale.

Osoneds – the byproduct of ozonolysis of olive oil

In this article from the NIH’s library of research papers, PubMed, the author describes the therapeutic effects of topical application of 1,2,4-trioxolane, here’s a quote:

For conditions related to the respiratory system, nasal insufflation of ozonides is a common and prudent route of administration. This method uses medical grade ozone gas filtered through olive oil. The reaction of the ozone gas with the lipids in the oil yield ozonides compounds as described above which are breathable and non-irritating. 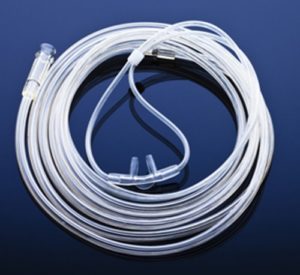 The mechanisms through which ozonides exert their therapeutic effect by way of nasal insufflation are diverse and vary in complexity, and outside of this article’s scope. However, some modes of action are clear and include the delivery of oxygen to hypoxic tissue as well as the beneficial process induced by oxidation by the lone oxygen atom from the original ozone molecule. We should keep in mind that prior to the discovery of antibiotics, it was oxidative therapy that played a major role in healing, such as the use of hydrogen peroxide, ozone, oxygen and toxic botanical substances which would stimulate the immune system to induce its own anti-oxidant molecules.