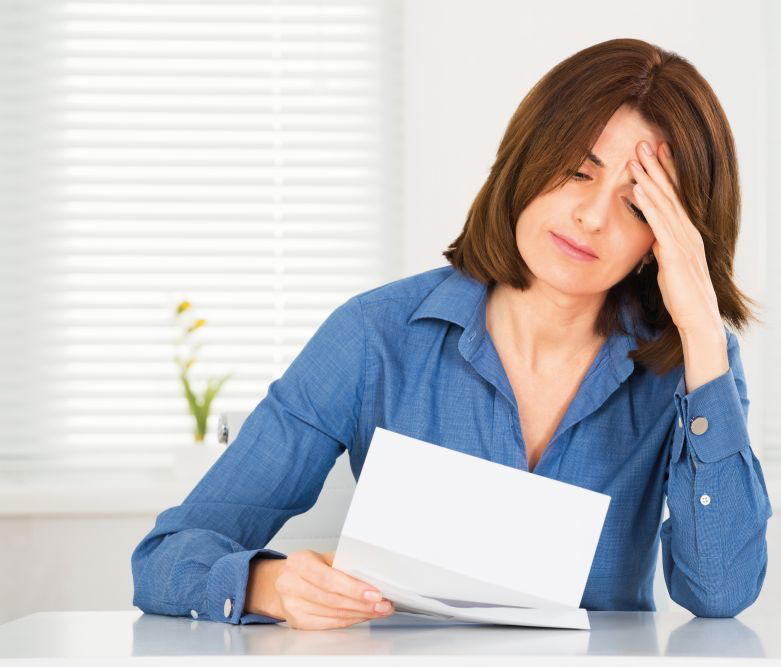 If you’ve been told that everything in your blood workup was within normal levels, and yet you don’t feel right, then it is time to reconsider what normal ranges mean in light of your symptoms. What follows are the top 4 reasons why you should take a look at your blood lab workup from a different perspective – The Optimal Ranges.

1. Normal values have a wide range.

As long as your numbers fall anywhere within the low and high end of the scale, you are considered to be normal. But let me ask you: intuitively, does this seem right to you? If it doesn’t, is because it is not!  Lab ranges are influenced by several factors. 1) Geographical locations. Lab ranges in New York City will be different in Los Angeles. Same person has lab work done in the morning in NYC. Then travels to LA and has lab work done again and the ranges will be different. 2) Lab ranges depend on the laboratory analyzing your blood. LabCorp has one set of ranges, while Quest has a different set. These ranges are also determined by age, sex and race.

But what is more disturbing, is the influence that demographics have on the ranges stablished by each lab. For example: Since our population is increasing everyday in the number baby boomers, lab ranges are modified to fit this demographic. Sadly, many of our seniors today are not in optimum health. Many suffer with cardiovascular disease. A large number have out of range lipid profiles and yet a substantial number are obese and diabetic. Lab ranges are adjusted to fit the current population seeking medical care and subsequent lab work. In other words, the ranges are widening.

By way of example, take white blood cells. These are the components of the immune system. For years, the low range was around 4,000 to 11,000 per microliter of blood depending on the lab. This range has now been lowered to 3,400 per microliter of blood. Why? Because we are now seeing more and more cases of chronic infection within our elderly patients due to a decline of their immune system. This decline is known as Immunosenescence1https://en.wikipedia.org/wiki/Immunosenescence

I’ll give you another example. the Thyroid Stimulating Hormone (TSH) level is usually the first marker viewed to determine whether your thyroid gland is functioning properly or not. Most labs have a range between 0.4 and 4.0 milliunits per liter (mU/l) (remember, this changes with age, gender, and the lab’s own standards). First, I think this is too wide of a range. But be that as it may, if in the history of your yearly lab workup this range is gradually moving towards either extreme, yet, within the “normal”, do you want to wait until it goes beyond the standard/normal range to do something about it?

Often, when I see ranges approaching the extremes, I ask the patient what the doctor said about it. The usual answer is: “he said he is not worried about it. We’ll keep an eye on it”. What that says, we are going to wait until it is in the pathological state and then do something about it.. This is not acceptable in my view.

So again I ask: does being somewhere within the normal range seem right to you?  There’s an optimal range and we should always work at keeping our blood chemistry within that ideal range that promotes health.

For proper metabolism, the body needs essential vitamins and  minerals.  levels  such as vitamin D, B12, Folate, B6, can be assessed directly or indirectly. Major and trace minerals such as Calcium, zinc, iron, magnesium, copper, and much more can be easily measured and analyzed for optimal levels. Levels of Copper in the serum, zinc in the plasma, along with histamine in the whole blood are important biomarkers that relates to brain chemistry. Choline plays a vital role in memory and deficiencies of this substance is directly related to short and long term memory loss.

The adrenal and thyroid gland depends on several of these nutrients in order to produce the hormones needed for metabolism. The thyroid needs iron, iodine, thyrosine, zinc, selenium, vitamin E, C, D, B2, B3, B6. The adrenal glands depend on vitamin C in both, the adrenal cortex and andrenal medulla to proper function. Aren’t you curious whether or not you have plenty of these nutrients in your body?

Suboptimal levels are not good enough!

By way of example let us consider Vitamin D which has a range of 30-100 ng/mL. If your lab workup shows 35 ng/ml, it looks normal. But is that what you really want? To be in the low end of the range? Should you wait until it drops below 30 ng/ml to take action? And this begs the question: why is it that low? However, these vitamins, major and trace minerals are dependent on the optimal function of the digestive system. Read on!

3) To Monitor Function of the Digestive System

This is perhaps one of the main reasons to have a FBCA. All medical traditions, including Ayurvedic medicine from India, Chinese Medicine, Naturophatic medicine among others, consider the digestive system central to the well being of all creatures including humans. In fact, the father of medicine Hippocrates, said that “all diseases begin in the gut”. There are so many biomarkers that Functional Blood Chemistry Analysis can determine whether they are at an optimal level or gravitating towards pathology. In fact, the first biomarkers I look at are the digestive biomarkers. A close analysis of these biomarkers can tell us if there’s sufficient acid in the stomach for protein breakdown. Is the pancreas releasing its enzymes? Are the intestines absorbing the nutrients?

Hypochlorhydria (low stomach acid), pancreatic insufficiency, intestinal permeability, bile salts,  fat absorption, and so much more can be analyzed for optimal levels. When it comes to your digestive function, don’t settle for normal. Your health depends on it!

There’s a saying that physicians learn in medical school: calor, dolor, rubor, tumor, and functio laesa. This is latin for heat, pain, redness, swelling and lost of function and are the 5 cardinal signs of inflammation.  The term, inflammation comes from the latin word inflammare which means “to set on fire with passion”,2https://www.vocabulary.com/dictionary/inflammation and it is often associated, particularly in complimentary medicine circles with negative connotations. However, inflammation is not always bad. In fact, it is the normal response of our immune system to injury and to pathogen such as bacteria, viruses and any substance that the immune system does not recognize as “self”. This is an acute and normal response from our defense system.

Inflammation becomes a concern, however, when it becomes chronic. And often, chronic inflammation is either a sign of an autoimmune disorders, or of unresolved infections in which the immune response is too deficient to present a fight.

Chronic inflammation leads to chronic inflammatory diseases. It is considered to be the most significant cause of death in the world.3https://www.ncbi.nlm.nih.gov/books/NBK493173/ Among these are diabetes, cardiovascular disease, arthritis, allergies, liver disease, pulmonary disorders and the list goes on.

I think that due to the high prevalence of inflammatory diseases, a standard lab workup should include biomarkers that give indication of inflammation. These include acute-phase proteins such  hs CRP (high sensitivity C Reactive Proteins) , Ferretin, ESR (Erythrocyte sedimentation rate).  The level of concentration of these proteins varies depending on acute or chronic inflammation usually high in acute while lower in chronic conditions. Constant elevated levels of some white blood cells are also an indication of continuous inflammation4https://www.ncbi.nlm.nih.gov/pmc/articles/PMC1748424/.

Biomarkers for inflammation are not specific and for some chronic diseases lab workup outside of the standard tests are required such as when looking for antibodies for Lupus, rheumatoid arthritis, and others. And while some of these conditions have a genetic component, it does not mean that they have to express themselves into our lives. What is important is that we see a trend on the basic standard blood workup, seek to keep optimal levels and address the epigenetic factors such as lifestyle, exercise, nutrition, and so on.